Australia and Timor-Leste’s agreement marking their maritime border may signal an uptick in relations.

Australia and Timor-Leste have signed an agreement at the UN Headquarters in New York to mark the maritime border and ownership of resources between the two nations.

– Though several treaties between Australia and Indonesia have attempted to mark the border, agreements with Timor-Leste have failed to deal with resource allocation.
– Despite the new treaty’s signing, there is still a significant amount of animosity between the two nations from years of espionage and perceived bullying by Australia.
– There is lingering uncertainty over resource development in the Greater Sunrise oil and gas field, and the successful application of international law in other disputes.

A landmark agreement between Australia and Timor-Leste has finally marked their maritime borders and exclusive economic zones, which have been a sore point in relations between the two countries. The agreement is one of the first conciliations under the dispute framework set out under the 1982 UN Convention on the Law of the Sea (UNCLOS) and has been touted by Australian Foreign Minister Julie Bishop as a new chapter in relations between the two nations.

The treaty settles the long-running dispute over the Timor Sea, which holds significant oil and gas reserves worth up to $US30 billion. However, disagreement remains over profit sharing from resource extraction and suspicion in Dili of Australian conduct throughout the decades-long process of conciliation.

ONE STEP FORWARD, TWO STEPS BACK

The issue of the Timor Sea has been long-running, involving not only Australia and Timor-Leste but also Portugal, Timor-Leste’s colonial administrators, and Indonesia which invaded and occupied the territory from 1975 to 1999.

Australia first attempted to engage with Portugal on the border issue in the 1970s. However, Lisbon rebuffed Australian attempts to mediate to wait until international maritime law negotiations – the precursor to UNCLOS – were concluded, in the hopes it would secure a better deal.

Canberra and Jakarta negotiated continental shelf boundaries in 1971 and 1972, prior to Indonesia’s invasion of Timor-Leste. Another treaty signed in 1989, the Timor Gap Treaty, stipulated joint resource exploration in the Greater Sunrise gas and oil field and set an equal share of revenue from resources extracted from the seabed. However, two years later, Lisbon commenced proceedings against Australia in the International Court of Justice because, as the recognised administrating power of the territory prior to Indonesia’s invasion in 1975, Portugal saw the treaty as unlawful. The ICJ ruled against Portugal, and the treaty remained in force until Indonesia’s withdrawal from Timor in 1999.

In 2002, just weeks before Timor-Leste achieved independence, Australia withdrew from a UNCLOS law stipulating compulsory dispute resolution through an international body, possibly to stall negotiations over the Greater Sunrise field and maintain Australian control as agreed with Indonesia in the 1970s. After Timor-Leste’s independence, Canberra renegotiated new boundaries and signed the Timor Sea Treaty which set another joint development area, with 90% of revenue going to Timor-Leste and 10% to Australia. It also put a hold on Timorese border expansion into the territory for fifty years. Nonetheless, Dili continued to push for a resolution to the outstanding issue of the Greater Sunrise field. Australia has been accused of being a bully in its long-running dispute with Timor-Leste, with relations between the two nations souring even before the conciliation process begun in 2016. In 2004, the Australian Secret Intelligence Service bugged the Palace of Government in Dili, including its cabinet rooms, under the guise of an aid project. The information received reportedly gave Australia an upper hand in treaty negotiations in 2006. This action prompted domestic and international criticism, and anger from Dili. Former Timor-Leste president and chief negotiator during the current round of treaty negotiations Xanana Gusmao has also accused Australia of colluding with oil and gas companies to aid their case. Companies including Shell, Conoco Phillips and Australian conglomerate Woodside all contributed to the UN conciliation process and have expressed interest in further developing the Greater Sunrise area.

Timor-Leste long considered Australia a close friend owing to its role in Timor-Leste’s independence and nation building. However, because of Australia’s continued legal stalling, anti-Australian sentiment has risen significantly in Dili which views Canberra as illegally occupying resources which Timor-Leste rightfully owns.

A WIN FOR INTERNATIONAL LAW? 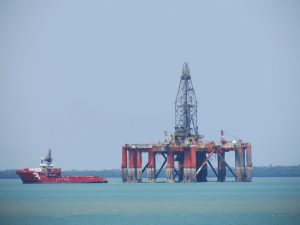 The new treaty gives Australia and Timor-Leste a chance to rebuild their relationship and sets an important precedent as maritime military expansion and projection becomes more common in Southeast Asia and the Pacific. However, recent international arbitration in the region has been marked by failure, a trend which this decision is not likely to be significant enough to reverse.

The case of the South China Sea and China’s extensive maritime claims and militarisation is instructive. In 2016, the Permanent Court of Arbitration in The Hague ruled that, under UNCLOS, China’s claims in the South China Sea were illegal and its activities infringed on the Philippines’ exclusive economic zone. China did not accept the ruling, suggesting that the Tribunal lacked jurisdiction. With the region becoming increasingly tense and China indicating it will ignore the jurisdiction of international arbitration courts despite being a signatory to UNCLOS, the success of Australia and Timor-Leste’s negotiations under the UNCLOS conciliation process will likely not help convince other states to come to the negotiating table over other issues.

Large states have often ignored the jurisdiction of international law when they are ruled against, especially in issues surrounding sovereignty. Rulings against the US in the ICJ in 1986 and 2003, Britain in the Permanent Court of Arbitration in 2015, and Japan in the ICJ in 2014 were all ignored and the jurisdiction of the courts questioned. This considered, despite the success of the treaty, the future of international law will be less certain if states continue to flout international rules and norms.

The uncertainty of resource ownership in the Greater Sunrise area will continue to be a major issue for both Australia and Timor-Leste. Negotiations are still ongoing as to where to process gas and oil – either in an existing processing terminal in Darwin, where 80% of profits would be given to Timor-Leste, or at a facility on the southern Timorese coast where Timor-Leste would enjoy 70% of the profits. Even then, by using already existing facilities by transferring through Darwin, Timor-Leste is estimated to only receive around US$8 billion over a period of about 20 years.

Should negotiations stall for an extended period, there are indications that Timor could become bankrupt as other oil and gas sources in the country are exhausted and it withdraws large amounts from its sovereign wealth fund. Canberra would be deeply uncomfortable with this given the cost of peacekeeping missions and the opportunity a failed Timor-Leste could give China to further grow its influence through aid and development funding. The confusion surrounding resource ownership may be frustrating for Australia, but for the impoverished Timor-Leste, it presents a far direr situation – without diversifying its economy out of oil and gas, the Greater Sunrise area may be more of a problem than an economic opportunity.