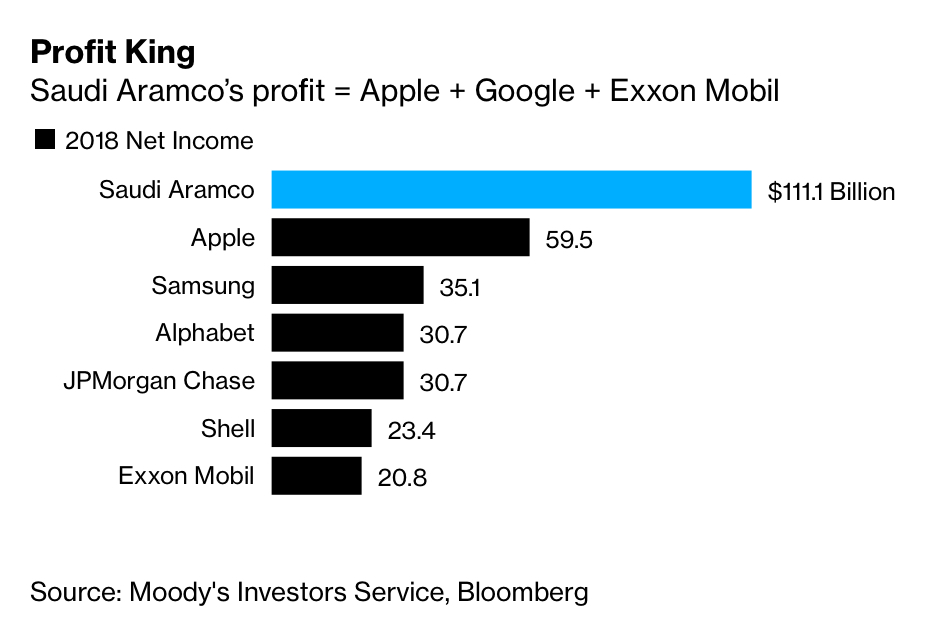 With up to 0.5% of Aramco’s shares being listed for retail investors, this IPO is expected to be the world’s largest. The final price for each share will be revealed on December 5.

Aramco’s quarterly profit is almost double the size of Apple, making it the world’s most profitable company for 2019. Following on from Aramco’s net profit of $68 billion for the January to September period, Aramco expects to pay a $13.4 billion next September 30.

Though this offering suggests that Crown Prince Mohammad bin Salman (MbS) is giving up some power over the state-owned company, it is the Saudi elite—those decidedly loyal to the Crown Prince—who are being strongly encouraged to invest.

While allowing some investor control over Aramco does show the kingdom is moving more towards a market economy, expect MbS to heavily influence Aramco’s strategy. Also, expect the profit from the listing to make MbS’s Vision 2030 a more realistic goal.